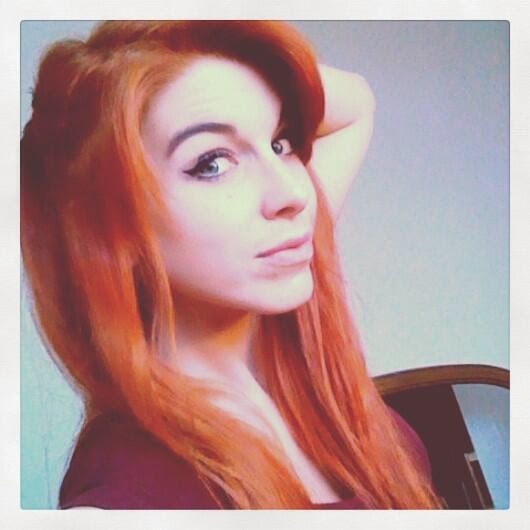 Click on my face to link to my vlog!

Diving into my late twenties....

Reader, it is my birthday next week. I am about to slip into the second half of my twenties. My friends assure me that you are only in your late twenties when you hit 28, but even so, it's a little bit of a shock given I'm almost certain I was only 14 yesterday (see picture below).

The thing is, when you're younger, each birthday passing is another landmark moment. The first time you can legally vote, have sex, smoke, drink, enter an over 21's club. Then suddenly, your 'landmark' birthdays don't mean 'hey, you can do this now!' but rather 'oooh, should you REALLY be doing that still?'

My lovely curly housemate wrote this blog entry about things we are too old for which is very funny and interesting and you should most definitely go and read. And it got me thinking about some things that I shouldn't still do at the ripe old age of twentyfivebutalmosttwentysix (see picture below) but still do. So here is my list of...

(yeah, I realise that is a remarkably long title, but oh blooming well!)

Yeah yeah. I know. It's horribly bad for my skin and probably the cause of the couple of spots on the tip of my nose. My skin is screaming at me when I do this, like a kettle. Or an angry monkey. Or something of that ilk. But when you're sharing a bed with someone (particularly someone of the
opposite sex) is it not much better for them to see you looking all smudgy and Brigitte Bardot like rather than a bit shiny and vaguely hag-like of a morning? I know some will say to me 'but Ash, when you take your make up off you will look all fresh and vibrant of the morning and less like Ke$ha!' To which I laugh at them. A lot. Because without make up, I do not look fresh. I look like a 12 year old with bags under her eyes. Sometimes I also leave my make up on just because I can't be bothered. Which means spending a lot of money on anti-aging stuff seems silly, but I don't do it often enough to really bugger up by face. I hope. (When I need a face lift, feel free to throw this back at me though)

2. Wear tights with skull and crossbones on

I'm a pirate till DEATH mo fos. Deal with it. Or walk the plank

I'm at an age where losing weight is a lot harder. Yet ignoring the calories on the tin and just digging in with a large spoon is one of the greatest delights ever. It's just wonderfully indulgent and naughty and messy and makes me very happy. Same goes for Nutella (which I can't stand on toast but love straight out of the jar)

4. Drink more than I should

As my dear friend Jon said in a recent vlog on what boys find unattractive, my drink limit is one drink. But I think my limit is a whole bar of drinks. So I end up doing really stupid, juvenile things. Like stroking Tom Hiddleston then running away before he turns around, or kissing very young men, or falling over, or talking far too much for my own good and having to hide under my bed for a long time. You'd think that at my age, after so very many ridiculous drunken nights, I would finally have got the hint. But no. I still forget that I am a complete lightweight occasionally and try and keep up with rugby players and very large men. And it never ends well for me! Last time I was so hung over I was in bed till 5pm the next day! So I have decided to stick to a 3 drink rule from now on. Apart from on my birthday. Obviously.

5. Watch sitcoms instead of the news

When will I be grown up enough to want to watch the news please? I still have no desire to and end up watching repeats of New Girl or How I Met Your Mother or Episodes instead...I do have quite a good idea of what's going on in the world, but that is more down to watching the Vice channel on YouTube really...

Adventure Time is one of the greatest things ever. And I love it with all my heart. I think part of me wants to be Marceline The Vampire Queen really.

Sometimes, I need to cry. But I am a grown up lady with a grown up life, so I just don't have the time. So I fabricate an excuse to go to my mum's house and inevitably she can tell there is something wrong because she has terrifying powers of deduction (or can see my bottom lip quivering). All she needs to say is 'Are you ok?' or 'What's wrong?' and it's like a tap has been turned on and suddenly I can cry and cry and get all of the rubbish out of my emotional pipes. And being an awesome mother, she gives me a hug, plonks me in front of the telly, and makes me laugh. At 25 years old, you'd think I would have found a way to work through my emotions by myself, but she is still the greatest sadness-unclogger I've ever found.

On a date a little while ago, I had a slush puppy. A red and blue mixed one. It tasted like it had been flavoured with acid, but it was AWESOME. I occasionally buy chicken nuggets and I currently have cookies in my freezer. When the rest of the table is ordering something really nutritiously balanced, like chicken salad, I am ordering cheesy pasta with chips. When I see cupcakes, my eyes get all big and sparkly like in a Japanese cartoon. And giant gummy worms are one of my most favourite things.

9. Shy away from talking about the serious stuff

I can do it with other people. If they have a problem, I am there to help, with tissues and tea and concern and lots of great advice and patience. When it comes to me, I hate having to talk about the serious things. Talking about money makes me want to hide, as does having to have actual grown up relationship conversations. Whenever I think I'm in trouble, I delay talking to that person for as long as possible (even if I haven't actually done anything wrong and am in the right!). I can't stand confrontation, I despise talking on the phone because I know I won't be able to pull silly faces and distract people. I have gotten a lot better at the whole 'serious conversations' thing, but when it comes to stuff that is very personal in a negative way, I behave like a child and hide wherever I can. Which is weird, because professionally I'm great at discussing the hard stuff-in fact, people tend to be a bit shocked if they see me in work mode compared to personal mode because I'm not afraid to say the things that need to be said, and can be quite brusque! Whereas in 'real life' I'll be found hiding beneath my hair...

10. Being scared of the dark

I used to be so scared of the dark that I would go to sleep every night with the light on. Then I was in a relationship for 4 and a half years, and having someone in bed with me meant that I could turn off the lights and feel totally safe. This may have been due to my night terrors and the fact that he was very good at dealing with them, but I got used to sleeping with the light off and it got to the point that I couldn't sleep with any light in the room. Now I've been out of a relationship for about eight months, and the fear has come back a bit. But now the problem is that I can't sleep with any lights on. But I'm also a bit irrationally scared of the shadows in my room. The solution I've found to this is to turn off the light, then bring the duvet above my head. Because obviously monsters and ghosts can't get through duvets.

Despite all of this, I am actually quite looking forward to turning twenty six. I'm at a great place in my life. I get to do the career of my dreams, I live with one of my besties, I have a lovely relationship with my parents and I've met some amazing, wonderful people in the last year or so. My twenty fifth year has been dramatic, painful, ever changing and scary as well as exciting, beautiful, funny and breathtaking. It's been the most intense year of my life so far. And if I can deal with that I can deal with anything. So year number twenty six? Come at me bro. (So long as I can have a slush puppy on hand as well)